Skip to content
Latest News:
best fit tips using trampoline equipment 2022- a health guide
How to optimize your own professional indoor playground 2022?
The Ultimate Guide To Hiring A House Cleaner

The popularity of solar energy has always been tied to the viability of its competing energy sources. Every oil embargo or energy crisis sees the popularity of solar rise, and then fade when the supply of cheaper fossil fuels returns to normal. This is a trend that looks to be ending soon. Bloomberg New Energy Finance (BNEF), responsible for some of the most advanced new energy estimations in the world, has stated that the cost of solar power has dropped by around 33% in emerging markets since 2010. Not only does this mean that solar has now beaten wind as the least expensive form of renewable energy in developing parts of the world, but it means it has also begun to beat out coal and gas in some instances as well. Private solar companies bidding on development in India and Chile came in at only half the cost of coal.

Once we enter the world of renewable energy being able to undercut the prices of fossil fuels regularly, our world will begin to look a lot different.

The fact that new solar projects have become more efficient to build than wind turbines, and even some fossil fuels, has a lot to do with the development of cheaper equipment and more efficient processes. These innovations come after China, and a series of emerging economies like India, Pakistan, and Egypt have made a concerted effort to develop renewable energy sources. China alone is set to install over 110 mln KW of solar power by 2020.

While subsidies continue to play favorites in large economies like the United States and Australia, the innovation driven by the developing world has begun to seep into commercial solar systems and home solar systems everywhere. Even in the U.S. solar energy prices dropped around 12% in the last year, fitting the trend we have seen ongoing since 1977 (the cost of solar panels in 2013 was around 100 times cheaper than the cost of solar panels in 1977.) Oxford University predicts a continuing drop in costs around 10% a year.

Commercial solar systems, home solar systems, and photovoltaic power plants will be able to outperform the traditional alternatives effectively. Unlike wind power, solar is a viable choice for individual’s homes, and homeowners will continue to jump at the money saving opportunity in increasing numbers. In Australia, a 5.7kw system typically saves homeowners over $1,200 from their power bill in the first year. As more efficient systems can do the same in traditionally less sunny locales, we may very well see a fundamental change in many economies and how their energy Industries are ran. Solar is on track to easily disrupt wholesale energy prices, and that will force countries to redesign their utilities and budgets around a more empowered populace.

What this world will look like by 2050 is anyone’s guess. If MIT can be believed, we may see up to 75% of the world’s energy becoming solar based by the middle of this century. 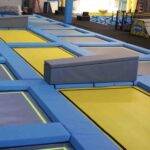 How to optimize your own professional indoor playground 2022? 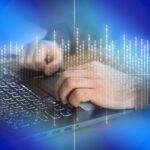 The Ultimate Guide To Hiring A House Cleaner